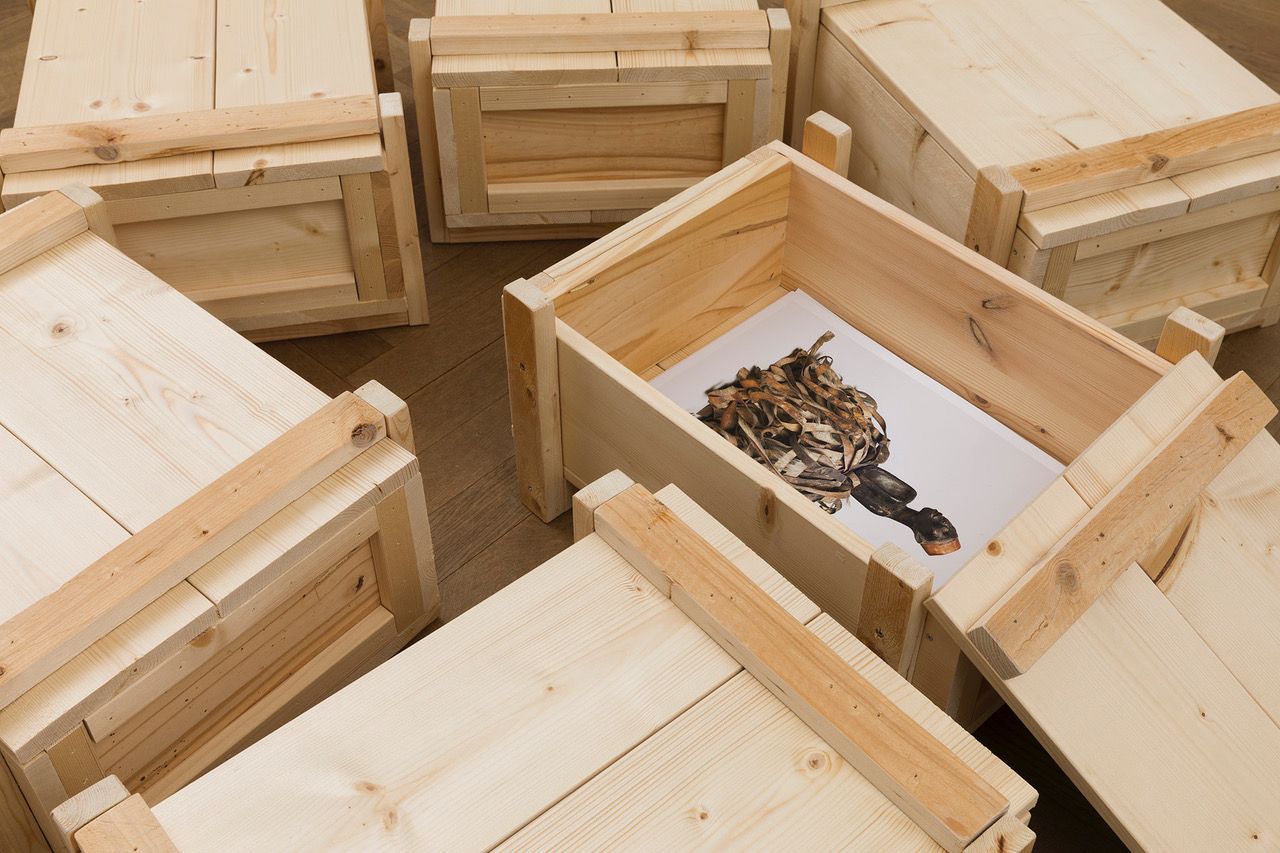 Arquivo Mestre is his first solo exhibition in Germany, taking place at Jean-Claude Maier Gallery in Frankfurt from May 18, 2021. Specially produced for the exhibition, the works offer a stark aesthetic experience, while also inviting to a deeper exploration.

Every look, every listening promises a new discovery, another clue to something previously hidden: the chirping of birds greets the visitors inside the exhibition. No living animals, but sound recordings of long-extinct species emanate from loudspeakers. For the sound installation Dusky Dorky – Looking for Dodo, Jano delved into the sound archive of the British Museum in London, known for its extensive collections of displaced colonial items. The warbling becomes a ghostly voice that tells of past times, a Kazumbi, a spirit from another world, as in the Ambundu’s traditional belief system. In the museum, the birdcalls become archive material: documented, inventoried, forcibly removed from their natural environment.

Kazumbiis also the title of the exhibited video work. Jano moves on the screens to rhythmic breathing sounds, as if caught by a strange force. He wears a white dress, one that his grandmothers might have also worn back in colonial times. Not a traditional garment, but rather one in the fashion of the colonial rulers, reminiscent also of clerical garments. The clothing of the white man, of the white woman, was a first step in the process of cultural assimilation, a step away from one’s own narrative, from collective memory, away from the Mponda, as the belt-like cotton bags are called, in which Ambundu women preserved their stories.

Jano’s textile works appear to be an expansion of the space itself: lengths of fabric, pockets, bulges, patterns, printed shapes and photographs, colourful seams and threads form an inverted Mponda. No linear narrative, but rather memory as it functions: entangled, jumping, dragging, meandering, sudden, constantly shifting with the overlapping of other narratives.

With Arquivo Mestre, Jean-Claude Maier Gallery contributes to highly topical debates on memory, privilege of interpretation, multiperspectivity and cultural identity. How can the Global North live its responsibility in post-colonial times? To what extent does colonialism still affect global interactions today? How might a coexistence on eye-level become conceivable?

Jano’s photographic works reveal traces of colonial violence. Christian crosses served the conquerors as markers of successful missionary work, i.e. also the displacement of indigenous cultural practices, traditions, and crafts. At Praça De Escravos, the ‘Square of the Slaves’, people were enslaved under the cross.Not Stolen Goodsis an installation in six parts, consisting of transport crates and photographs showing objects from Angola which were looted during colonial times, and which find themselves today in European museums. Were they transported in such crates? Will they be returned in these same boxes, or does only their photographic documentation, their digital alias remain?

It is estimated that over 80% of Africa’s cultural heritage is held in museums and private collections outside the continent. A young generation of Europeans, descendants of African origin, is increasingly raising questions, among others, about a shared cultural identity beyond alienation and whitedominance culture. Through artistic works, myths and stories of their ancestors are reawakened and fused with contemporary daily life, creating new hybrid realities that can no longer be divided into a here and there.

Januário Jano (*1979 in Luanda, Angola) graduated in 2020 with a Master of Fine Arts from Goldsmith University in London. His multimedia artistic practice ranges from painting, textile art and performance to sound, video art and photography. In his work, pop cultural influences merge with traditional practices. The artist’s own body is always central and perceived as a link between the present and the past. Jano lives and works in Luanda, London and Lisbon 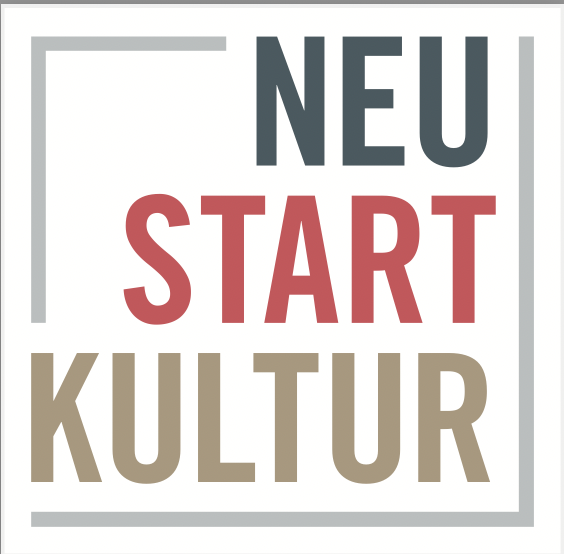